I must say that choosing to compare the average length of time it takes to achieve black belts in their respective arts isn’t comparing the Martial Arts themselves. This is just a curious study to see how long each black belt will take to achieve. I’m not going to use this article to compare Karate to Judo, both are different and both have their own advantages. If you’re looking for an article that compares the best Martial Arts to study for MMA, I highly recommend visiting our article Best Fighting Style for MMA.

I’ve decided to only include the main Martial Arts that you’ll probably train in your lifetime. I could include various Martial Arts like Muay Thai and Wing Chun, however not all schools follow the belt/ranking system. Martial Arts such as Judo and TaeKwonDo incorporate the belt system seriously in their schools because it’s an important part of tradition. Students and teachers are honored with belts and ranks for being dedicated and disciplined to their respective art. 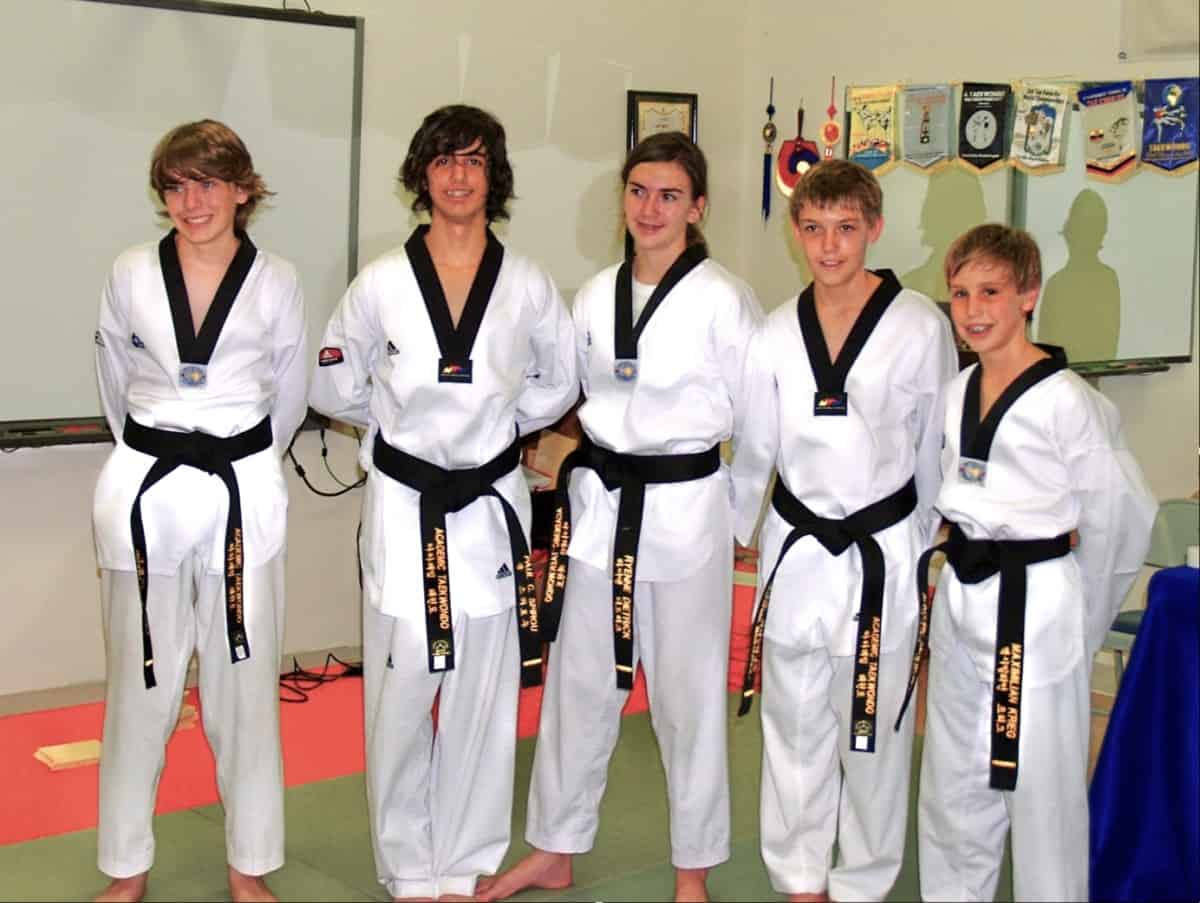 In TaeKwonDo it’s likely that a dedicated student will be eligible to test for a 1st Degree Black Belt (Il Dan) after 3 to 5 years. Some schools have a minimum for 4 to 5 years in order to achieve a 1st degree black belt, while others don’t have any sort of minimum. Black Belts are given after passing a test which students can fail. I’ve personally seen many students fail their black belt test many times, however if the curriculum is followed step by step, it shouldn’t be hard for a student to achieve a black belt.

The test is really a formality to verify what an instructor has already taught to their student, they usually know when a student is ready to pass their test and doesn’t push them to test until they’re ready. The reason students fail is usually the pressure of the situation, similarly to how people bomb tests in real life (it’s an anxiety thing). It’s okay to fail a test if you learn from your mistakes and it makes you a better person in the future. 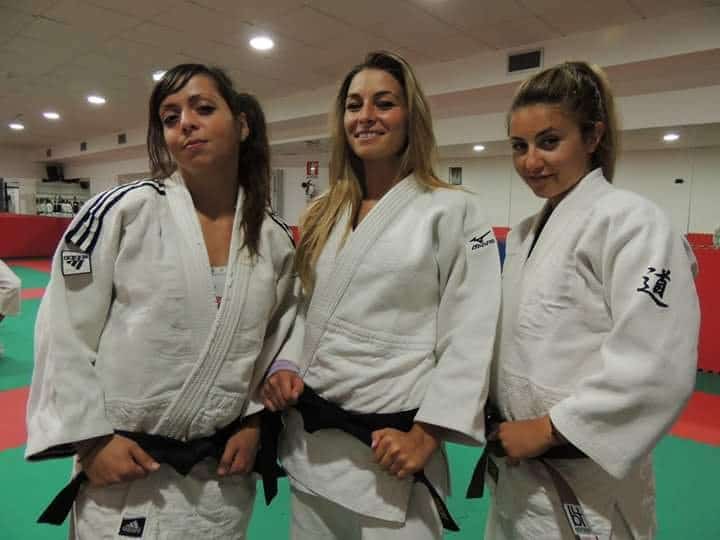 In Judo it’s likely that you’ll be able to obtain a black belt in 3 to 6 years based on your commitment to the art. Judo’s student ranks have colored belts followed by ten black belt “dans,” from shodan to judan. The judo black belt achiever must have developed one or more “tokui waza,” which are match-winning throws. In judo, achieving the first dan in black belt is just the beginning of becoming a serious judo athlete, and within the world of judo does not signify that the student is an expert.

Training Judo three days a week can speed up this time tremendously. Consistently training shows that you’re dedicated to your craft and are serious about your Judo training. Some people it takes up to 10 years to obtain a black belt in Judo because they don’t train consistently and don’t compete. You’ll see a common theme in this article, the more work you put in on the mats is much more important than the years you’ve trained. 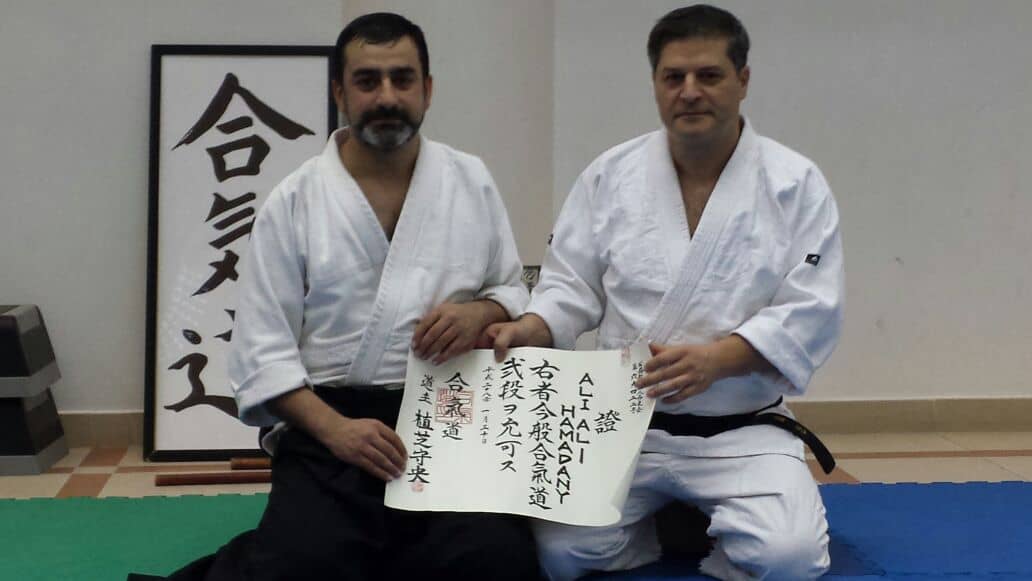 In any case, most people that practice Aikido diligently several times a week may attain the first level black belt in 4 to 5 years. Of course, this depends on their level of diligence and commitment to the practice. Aikido is different than most Martial Arts, your instructor must feel that you will be a good representative of the school. You can be extremely good technically or physically, but if your mindset isn’t right you will get held back from achieving your black belt.

Many instructors won’t promote a student unless they have the proper mindset. I’ve even met some people who have achieved an Aikido black belt in a little over 2 years, however they were already an advanced TaeKwonDo instructor. It varies from person to person, however you can expect around 4 to 5 years (maybe a year more or less) in order to obtain your black belt in Aikido. 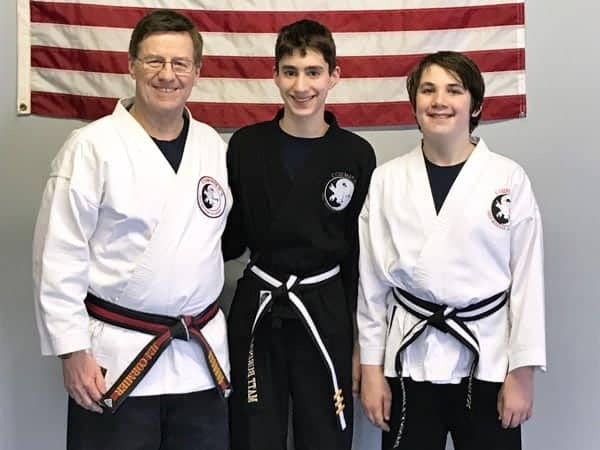 The length of time it takes to earn a black belt in Karate ultimately depends on the dedication of the student and the standards of the martial arts school issuing the black belt. Technically there is no standard period of training time required to earn a black belt in Karate (similar to all other Martial Arts we talked about). However, there are general guidelines that are followed by most karate schools. Factors such as the age of the student and frequency of training are also taken into consideration.

An adult student who train Karate and who attends class at minimum two times per week on a regular basis can expect to earn a black belt in about five years. Some very dedicated karate students who train more intensely have been known to earn a black belt in as little as two or three years. However it’s important to note that this is not typical, and is often discouraged by Karate masters. The wisdom required to be a black belt in Karate is obtained through time spent studying the Martial Art. Many Karate masters believe that shortening this time period reduces the wisdom and spiritual growth learned through training. 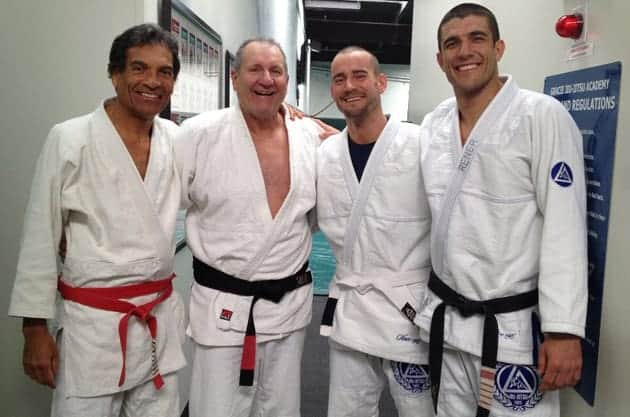 The black belt in BJJ is highly respected and known for being one of the hardest belts to achieve, and for good reason. When compared to many other martial arts where rank promotions can be acquired in relatively short periods, the Brazilian Jiu Jitsu belt system is much more difficult to progress through. Even obtaining a blue belt (next belt above white belt) can take some people 2 to 5 years to obtain based off their dedication to BJJ.

Belt promotions in Jiu Jitsu don’t always go hand in hand with skill ability or even knowledge of the sport. Sometimes obtaining a promotion will vary according to the coach and student. Sometimes it just comes down to time spent on the mats, no matter how well rounded you become. Some instructors value success in tournaments much more than they value dedication to the sport. Sometimes competitive performance can be the ultimate decision factor for coaches when deciding whether or not to promote a student. A black belt in BJJ ultimate varies depending on the gym and instructor, however it’s safe to say a black belt in Brazilian Jiu Jitsu will take you the longest amount of time.

If someone has earned a black belt in Brazilian Jiu-Jitsu, even if they are a controversial figure like Mario Yamasaki or a famous celebrity, it is fair to say they are a seriously accomplished martial artist.

It’s important to remember that if a school holds rank exams and promotes students in grade with no consideration for their skill or “passing a test,” then they are not a legitimate Martial Art educational program. Giving ranks and belts just for money is well-known in this industry as fraud, and regardless of the number of schools that do business this way, they must be placed in a category separate from a legitimate school. I would never go to a school where a ranking system is awarded to student who don’t properly earn the honor.

The more work you put in on the mats is much more important than the years you’ve trained. Take all of these numbers with a grain of salt, they don’t mean anything if you’re not willing to put in the work. The years displayed are just the average amount of time it takes for the average student, If you’re more dedicated than the average student, you’re more likely to achieve a black belt faster, and vice versa.

Remember, at the end of the day black belt is just a designation. Not all martial arts (take Muay Thai for example) even offer belts. It’s up to you to make sure you have truly earned the rank you wear. 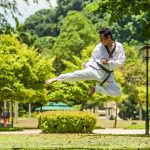 2 thoughts on “Which Black Belt Takes the Longest Time to Achieve?”