In the Jiu Jitsu world, there is always some sort of active controversy surrounding new styles or techniques. Closed guard vs open guard, Gi vs No-Gi, and sport vs self-defense are just a few examples.

The latest hot topic involves Keenan Cornelius and the branding of the martial art that he’s calling American Jiu Jitsu, or AJJ. This move by Keenan gained quite a bit of heat with him from some of the Brazilians in the BJJ community. It has also brought up many questions.

What exactly is American Jiu Jitsu, and is it different from traditional Jiu Jitsu? I’ll cover all of this, including a breakdown of the drama with Keenan and why he started this.

Jiu Jitsu and its Brazilian Roots

When you think of Jiu Jitsu, you probably immediately think of Brazil. It is where the martial art blossomed (after being brought to Brazil from Japan), and where the core of the techniques was developed under Mitsuyo Maeda and the Gracie family.

Different styles of Jiu Jitsu have developed across the world, but they all can be traced back to Brazil. This is why some practitioners have taken umbrage with Keenan’s comments about his style of Jiu Jitsu and the controversial name he gives it.

What Does AJJ Mean?

AJJ stands for American Jiu Jitsu. A handful of grapplers have used this term to describe their style of Jiu Jitsu. In the last year, the term has been thrown around more creating a debate between some Jiu Jitsu practitioners.

The central theme of the debate is: should American Jiu Jitsu be considered a legitimate style, or is it just branding to differentiate itself?

When was the term AJJ first used?

Keenan wasn’t actually the first person to use the term “American Jiu Jitsu.” The term has actually been used quite a bit before he started using it. I’ll point to 2 specific times it was used.

AJJ Self Defense Program at MIT

Since 1994, MIT has offered a self defense program to students called American Jiu Jitsu. While the description on their website sounds pretty similar to Brazilian Jiu Jitsu:

– The American Jiu-Jitsu Club at MIT

I actually spoke to Jeffrey Cohe, one of the Club’s members at MIT, and he let me know that their club has no relation to BJJ or MMA. They consider it unrelated to these styles of martial arts.

And of course, this club is only open to students of MIT, so it doesn’t really matter to the 99.9999% of practitioners. But it does show that the term AJJ has been thrown around for quite a while.

No one in the community really took offense to Shields calling his style AJJ. Of course, Keenan is more outspoken and there are multiple reasons he started using this term for his BJJ style.

Let’s dig into the details of this AJJ vs BJJ controversy.

In mid-2019, Keenan Cornelius left the famous Atos academy in San Diego due to having a falling out with head instructor Andre Galvao. After separating from Atos BJJ, Keenan was on his own for some time. He wasn’t sure if he wanted to train at a new academy or open up his own.

By the end of 2019, Keenan had made up his mind and decided to open up his new 10,000 square foot academy called Legion American Jiu Jitsu. Keenan already was on thin ice with some of the prominent Brazilian figures in BJJ, and using the term “American Jiu Jitsu” upset more than a few people in the community.

Many Brazilians felt it was disrespecting traditional Brazilian Jiu Jitsu for Keenan to use this name. Keenan was also going around making comments like this one on the Matburn podcast, that enraged old school BJJ practitioners:

If you say anything about Helio or Rickson, like if you say that their Jiu-Jitsu wasn’t good. People will be like “are you kidding me? Rickson is the greatest black belt of all time”.

I get that you have to show respect to pioneers who came before you but their Jiu-Jitsu was definitely not as good as it is today. Their level was probably tough purple belt level…

– Keenan Cornelius on the Matburn podcast

Now, I don’t think Keenan actually meant any disrespect here. To Keenan, he was merely stating a fact about his style of Jiu Jitsu. He created the worm guard and he’s American, so it’s an American style of Jiu Jitsu. Like all sports, Jiu Jitsu has progressed quickly over the years. It’s not fair to compare the best athletes of one era with the best of another.

That said, his choice of words was poor (I think he would admit this), and they royally pissed off the Brazilian guard. Here is one specifically hostile comment towards Keenan on Instagram that BJJ Scout posted in BJJ Digest 120 about American Jiu Jitsu:

In my eyes, there are three main reasons why Keenan opened his own school and started using the term American Jiu Jitsu:

As Keenan has started a new business, he is trying to differentiate himself from other BJJ schools. The school is located in San Diego, which is a city known for having the best BJJ schools in the world. By calling the school Legion American Jiu Jitsu it seems like he is offering something different.

In a Jiu Jitsu city like San Diego, you need something to stand out. There are so many black belts in San Diego, and over 100 academies. Saying his school offers American Jiu Jitsu is a great way to get people talking about his gym.

It sure appears to have worked, as Legion’s mats are some of the busiest in all of San Diego less than a year after opening. Legion AJJ’s Sunday open mat is incredibly popular and is frequented by high profile athletes from around the country.

As a student in someone else’s academy, Keenan felt like his creativity was being limited. He had to go by someone else’s rules (Professor Galvao’s) and train the techniques the instructor wanted. With the level of grappler and type of person Keenan is, it wasn’t the ideal setting for him.

This was the predominant reason he wanted to start Legion AJJ. He wanted to have a place where he was free to be creative and grow his Jiu Jitsu. Keenan also wanted a place to let other grapplers be creative and help them grow their abilities.

Keenan has a particularly unique style of Jiu Jitsu that didn’t always sit well with Jiu Jitsu’s royalty. Since leaving Atos, it’s clear there is still tension between him and Andre Galvao. Professor Galvao has even released some YouTube instructionals like “The Best Guard Pass Against The Lapel Guard” that are clearly meant to throw shade Keenan’s way.

Keenan notes that the top American Jiu Jitsu athletes are spread out across the country, mostly training under Brazilian instructors. Sometimes with language barriers and cultural differences, it’s hard for these athletes to get the support they need.

I’m going to try to find the scattered Americans around the world, and pull them together to form the Avengers.

At Legion AJJ, he wants to give American athletes the opportunity to train with an elite American instructor. This way, there won’t be any language or cultural barriers for them to explain techniques and understand each other better.

Keenan is also an expert marketer and promoter. There isn’t a ton of money in Jiu Jitsu, and he knows that if he can build rivalries and give Jiu Jitsu tournaments more of an Olympics feel where there is national pride, he will increase interest in the sport. It’s a similar but less douchey and over-the-top approach to BJJ athlete Gordon Ryan‘s promotional tactics.

Since launching Legion AJJ, Keenan has attracted top BJJ athletes to his team like Andris Brunovskis and Darin Conner DeAngelis.

Aside from Keenan’s American Jiu Jitsu school, there are a few other academies that recently formed a group called the AJJ Syndicate.

The Syndicates goal is to build world class champions on the mat, in addition to building world class people off the mat… The vision of the Syndicate is to unite the American Jiu-Jitsu practitioners and build one of the best competition teams in the world.

The academies involved include some big names, like decorated black belt Tanner “The Ginger” Rice and ADCC competitor Eliot Kelly.

Draculino weighs in on BJJ vs AJJ

One person specifically that spoke out on this subject was Master Vinicius “Draculino” Magalhaes. He is a fifth degree black belt and Gracie Barra instructor that is the head of GB schools in Texas.

Draculino was interviewed by BJJ Europe on a number of topics, one of which was the BJJ vs AJJ trend that had been debated for the last year.

Well, there is no American, Brazilian, Japanese, Russian, Planet or any other name. THERE IS ONLY JIU JITSU! If these people don’t know, until the art exploded in the US, BRAZIL, Europe, Japan and other places the art was called Ju Jitsu or Jiu-Jitsu. It was in HERE, im the US, that people started to brand it that way. Back in BRAZIL, we never said we practice JIU-JITSU BRASILEIRO. It was Jiu-Jitsu. Period.”

Is this debate Much Ado About Nothing?

A lot of people feel this way also and aren’t bothered by Keenan calling his style “American Jiu Jitsu.” At the end of the day it is all Jiu Jitsu and comes from the same place.

Was Keenan being disrespectful by using the name “American Jiu Jitsu?” Absolutely not.

You will not find a person more passionate and in love with the art of Jiu Jitsu than Keenan Cornelius. He has dedicated his life to learning and teaching Jiu Jitsu and is always trying to invent new techniques. Sure he has different opinions than traditionalists in the martial art, but that comes with every new generation.

Like most debates within BJJ, this one was blown way out of proportion. A few people on the internet took offense to Keenan using the term “American Jiu Jitsu” and that’s about it. The majority of the Jiu Jitsu community didn’t care what Keenan called his academy, and welcomed to its opening.

At the end of the day, it is all Jiu Jitsu. Keenan is one of the best grapplers in the world, and having his own academy gives him the opportunity to grow his creative style. This is not only an opportunity for him, but for other practitioners that share similar philosophies and want to improve their games. 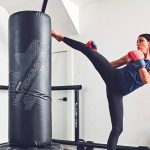