Have you ever heard of Iron Crotch Kung Fu? Neither had I, until a few months ago when a Chinese kung fu master, Wang Liutai, began promoting the sport to save it from obsoleteness. This cringe-worthy sport is not your typical martial art – it consists of purposefully heavy blows to your body’s most sensitive areas. Without a cup!

Iron Crotch Kung Fu used to be a hit in the kung fu world, but it is dwindling now, and the reason is quite apparent to any men who have ever been hit in the you-know-what.

What is Iron Crotch Kung Fu?

The beloved sport of iron crotch kung fu consists of a hanging log with a steel-plate cap on one end. The practitioner stands at one end of the log, legs spread, as the log is hoisted into the air and swung directly at his crotch.

This is no swinging stick! The log weighs 88 pounds and is 6.5 feet in length. The seemingly-painful practice requires a lot of meditation, focused breathing, and mental control as well. It is supposed to strengthen your body and your mind simultaneously.

Where Did Iron Crotch Kung Fu Come From?

Iron Crotch is a branch of Tongbeiquan kung fu that may have originated around 300 years ago in Southern China. The kung fu style also has an iron head, iron throat, iron back, and iron chest version.

The Iron Crotch practice has been around for hundreds of years in the village of Juntun, right outside of the ancient Chinese capital of Luoyang (Wing Chun is another popular martial art in this area). However, it has been consistently losing its numbers throughout the years. At one point, there were around 200 practicing iron crotch kung fu regularly, but it has dwindled to only five.

Wang Luitai and his fellow masters took it upon themselves to revive the sport in 2016 and created the swinging log device. Historically, Iron Crotch masters used punching, kicking, or hitting with bricks to practice.

Why Use Iron Crotch Kung Fu?

Iron Crotch kung fu is a training method known as body hardening or Iron Body Kung Fu. People developed this sport as a means to desensitize the most vulnerable parts of a body and defend themselves against what otherwise would be a crippling blow in a fight.

They created these iron body techniques to strengthen the body’s most sensitive parts, which is often overlooked in typical kung fu methods. The most vulnerable body parts include the head, groin, throat, chest, and back. Practitioners believe that it is essential to build up stamina in these areas to defend yourself against a losing strike.

In modern, regulated MMA tournaments, striking these critical body parts is off limits and can result in a loss or elimination from the fight. However, Iron Body Kung Fu goes beyond your typical Black Belt training methods. These kung fu masters are training for real combat where any body part is within limits, and self-defense is life or death.

What Other Iron Body Practices Exist?

There are many other practices that Kung Fu artists use to strengthen the most vulnerable parts of their body, such as the ones I mentioned above. Practitioners use qigong’s art, which is a meditative practice that combines breathing and movements to send energy flows throughout the body.

Kung Fu masters learn to direct qi – or life’s energy – to a specific area of the body and summon unbelievable strength in that area.

Here are some common ways that Iron Body Kung Fu masters develop the strength and train their minds to withstand tremendously powerful blows.

The Iron Head practice consists of hardening your forehead, back of the head, and top of the head over time through static contact with particular objects. People often begin by standing on their heads on sandbags twice a day for a few months until they feel comfortable, then they place their heads on trees, then on rocks.

Iron Throat practice consists of strengthening the neck muscles around the throat to the point that they can withstand strikes to the neck or even the sharp end of a sword to the throat in combat. Practitioners train to the point where they can hang from high ceilings from a cloth noose around their neck for minutes at a time. This allows a fighter to continue to defend himself and break free if captured in an arm lock.

Iron Chest practice consists of the repeated striking of the chest, abdominals, outer arms, and ribs. Typically, students spend six months striking themselves in the chest with their fists every morning and night. Then they are hit by bags full of mung beans. Then they move to bags of gravel, and eventually to steel balls. They often strike themselves 100 times per session, twice a day.

Like Iron Chest, Iron Back Kung Fu consists of continuous blows to the back of the body multiple times per day for years until the body is desensitized and can withstand even the hardest of hits.

Are There Adverse Effects to Iron Crotch Kung Fu?

According to Wang Liutai, there are none. Although it may seem like a sure way to infertility, the man has had two children and claims it is entirely harmless if you practice it correctly.

He believes that it actually has some physical benefits. He believes the practice can increase your testicular fortitude and improve the workings of your nether regions. It is mind-blowing how these men barely flinch, claiming that years of practice allows them to feel little to no pain with each testicular blow.

Surprisingly, there are ways for women to practice this ancient art as well. Although they are more than welcome to swing a log at themselves with the men, other forms of genital strengthening have developed for females.

For example, In one practice, called Jiu Yang Shen Gong, women can insert a small ball into their vagina and attach it to a rod carrying a weight. In this same practice, a man can tie a weight around his reproductive organ and train it to withstand heavy loads. A few years back, three men were even able to drag a 10-ton truck using just their genitals.

The Taiwan Master named Tu Jin-Sheng teaches people this beautiful art and can even lift 330 pounds with just his penis. He believes that women who practice a half-hour to an hour a day will quickly see results. He claims that your hips will loosen, thirst will ease, vision will clear, sex will improve, complexion will improve, and your under-eye bags will disappear.

After three months of this daily training, Master Tu swears that women will require less sleep, pee less often, and feel more powerful. Honestly, it might be worth a shot!

The mere thought of withstanding even one of these brutal, ball-busting blows is almost enough to send any man running. The few that don’t, though, are true MMA masters. These very well may be the most deadly martial artists in the world today since it seems like nothing at all can scare them!

If you are interested in trying iron crotch for yourself, I recommend doing plenty of research and maybe even finding a well-seasoned master for yourself. Iron Crotch Kung Fu does not seem like an endeavor that you should try at home! 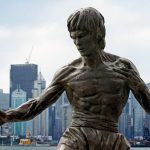 The MMA Gear Worn by UFC Fighters and Champions