So you wanna be a MMA fighter? The road to MMA fame and fortune isn’t always as glamorous as it sounds. There are millions of people just like you who want to fight on ESPN for the UFC. However, only a few hundred of those million make it to the big leagues. MMA is different from most sports, as in it’s still constantly growing. MMA is actually the fastest growing sport today, with more and more people heading to their local MMA gym to sign up for classes.

The MMA lifestyle isn’t that much glamorous, many fighters have to pay for their own training and diet plan leading up to fights. Even professional fighters still struggle to make enough money to continue proper training and a strict diet regiment. However, the base salary for fighters in the UFC has risen substantially over the year, this is all in thanks to the popularity of fights such as Conor McGregor.

Truth be told, there is no “perfect” age to start training MMA, Muay Thai, or Brazilian Jiu-Jitsu. In other sports such as Baseball and Football, it’s always seen as “the earlier, the better.” However, this belief isn’t always true when it comes to combat sports such as MMA. Just as most studies show that it’s actually better to fully develop your body and muscles before strength training, the same holds true for MMA training as well.

During a recent study, we found that the best age to start training MMA (or any other combat sport) is around the age of 15-16. The best age to start MMA is when you’re a teenager and your body is fully or almost fully developed (assuming you want to one day become a professional MMA fighter). The reason I chose the 15-16 age range is that this will allow you time to train and get a few amateur fights before you turn 18 years of age. The major MMA organizations such as the UFC usually won’t sign anyone until they’re 18 anyway.

If you’re in your twenties and want to train MMA to become a professional it’s still possible. This doesn’t mean that you’re too late by any means, no matter the age MMA is still a growing sport which means there’s tons of room for opportunity. Many professional MMA fighters are continually progressing even while competing on the highest stage (UFC).

If you’re someone in your thirties or higher it’s never too late to train MMA for self-defense either. MMA, Muay Thai, and Brazilian Jiu-Jitsu are all great workouts and can be very useful for many real-life situations you might find yourself in. The best thing about training Martial Arts is that it’s completely judgement free!

Is MMA a Safe Sport to Train?

Many parents worry about the risk factors (concussions, injuries, etc) when their child competes in MMA. However, recent studies have shown that MMA is actually a lot safer when compared to sports such as Boxing and Football. We actually wrote an article on this topic alone, “Is Boxing or MMA more Dangerous?” and the results may shock you.

It’s proven that there’s much more brain damage occurring in sports where you have headgear to protect you. Headgear in sports actually allow your brain to take even more damage than it ever should, allowing repeated blows which are actually much more harmful than being struck without headgear on. However, I will say that headgear can be useful for situations where you don’t want to endure any facial lacerations or nose/ear damage.

The main dangers of MMA is when you start sparring heavily and competing at a higher level. There are also many dangers of studying martial arts under “phony” martial arts instructors. Which is why you should always be skeptical before joining a gym, especially if there aren’t many good reviews online about it. However you shouldn’t have to worry about that too much, in this day and age good MMA gym’s aren’t too hard to come by.

It’s okay if you’re still unsure of which Martial Art to train first. Many people struggle finding their true passion when beginning their combat sports training. If you’re someone who is looking to become a professional fighter, then you need to be much more serious about your training, as compared to someone who is training Martial Arts just for fun.

Not all martial arts are the same, especially when it comes to the best fighting style for MMA fighters. If you’re serious about your UFC dream then I suggest training both Muay Thai and Brazilian Jiu-Jitsu, as well as taking a few Boxing and Wrestling classes in your spare time. The best MMA fighter is a well rounded fighter, don’t put all of your eggs in one basket. You should be well rounded so that your opponent can’t identify your weaknesses easily.

It’s okay to train MMA for fun, there are many reasons to train Martial Arts other than the fact you can make millions of dollars doing it. Many Brazilian Jiu-Jitsu players train to stay in shape and many Muay Thai fighters train for self-defense reasons.

There never has to be a particular reason for training Martial Arts, sometimes it’s nice to do something because you enjoy doing it. You shouldn’t feel the pressure to become a MMA fighter because it looks cool on TV, you’re only seeing the end result.

This might seem like common knowledge, however, many people don’t realize that it’s always best to learn from instructors who are familiar with the specific types of Martial Arts that are used in MMA. I recommend looking for a good Muay Thai, Brazilian Jiu Jitsu, or Boxing gym (which ever martial art you’re interested in). You can always join an “MMA gym” that combines all of these great martial arts into one. Many Muay Thai and Brazilian Jiu Jitsu gyms offer a combination of both classes as well.

It’s always best to compare all of the MMA gym’s around your area and compare prices to come up with the best option for your specific training. Training MMA isn’t the most inexpensive thing in the world however, the average cost of a MMA gym membership is around $100 or more a month. This doesn’t take into consideration all of the gloves, shin guards, and other gear & equipment you may need to train with.

The last thing you want to do is start training MMA, Muay Thai, or Brazilian Jiu Jitsu without the proper gear. Not only is it unsafe to not wear the proper training gear & equipment, but it’s also something that most MMA gym’s won’t allow. Most MMA gyms stress safety when members are training, especially when sparring.

I love Muay Thai so much that I wanted to help other beginners out as well, that’s why I created the Ultimate Guide to the Best Muay Thai Gear & Equipment so that you don’t make the same mistakes I did.

If you’re a beginner looking for your first pair of boxing gloves, I highly recommend visiting our “boxing gloves for beginners guide.” We always include tons of important information regarding the proper boxing glove sizing, the best boxing glove brands, and even the importance of wrapping your hands.

If you’re someone who is interested in starting Brazilian Jiu-Jitsu training and need to learn more about the proper gear, I highly suggest visiting our “Best BJJ Gi for Beginners” guide. This guide will teach you all of the inside secrets about finding the perfect Gi at an inexpensive price. It’s important to get a proper fit when training a combat sport such as Brazilian Jiu-Jitsu, our guide will help you find the perfect fit.

This is a common problem that people find themselves in, especially if you tend to work odd hours or have a random school/work schedule. I have actually found myself having this problem throughout my college years when the closest martial arts gym was over an hour from my apartment. This is the moment in my life when I had to improvise and create my own MMA gym at home.

Although it’s always better to learn from experienced instructors, it’s not too hard to learn some basic fundamental moves at home. We’ve created a MMA workout at home that you can try after you create your home gym. Working out at home can be very beneficial as well, it’s much more quiet and you can focus a lot more on your technique at your own home gym.

Brazilian Jiu-Jitsu players can also train their skills at home. There are many ways you can improve your Brazilian Jiu-Jitsu at home, most of which is completely free. Many people would be surprised that you can learn even more about Jiu-Jitsu off the mats. Many books and informational videos are completely free online. This type of content can help you become a much better BJJ player for when you do have time to start training in the gym again.

There are also some great online Brazilian Jiu-Jitsu training websites that offer video subscriptions where you can learn technique from the top athletes in the sport.

The bottom line is that if you want to become an MMA fighter, you need to work on two parts of the fighting game:

You don’t have to become an absolute expert in either one, but you will need to at least have strong defense in both. Most fighters usually specialize in either striking or grappling, and then cover their bases in their weaker martial art with solid defense.

If you want to learn striking for MMA, my recommendation would be to pick up The Comprehensive Strikers Guide that UFC legend Anderson Silva made for Dynamic Striking: 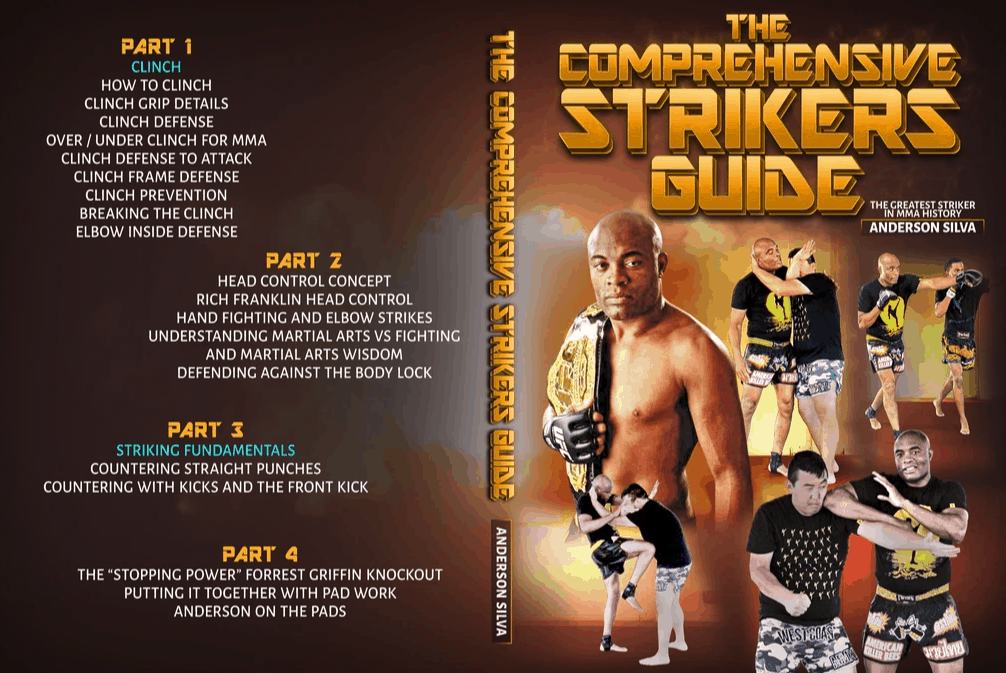 To develop a solid ground game in Jiu Jitsu, two great options would be: 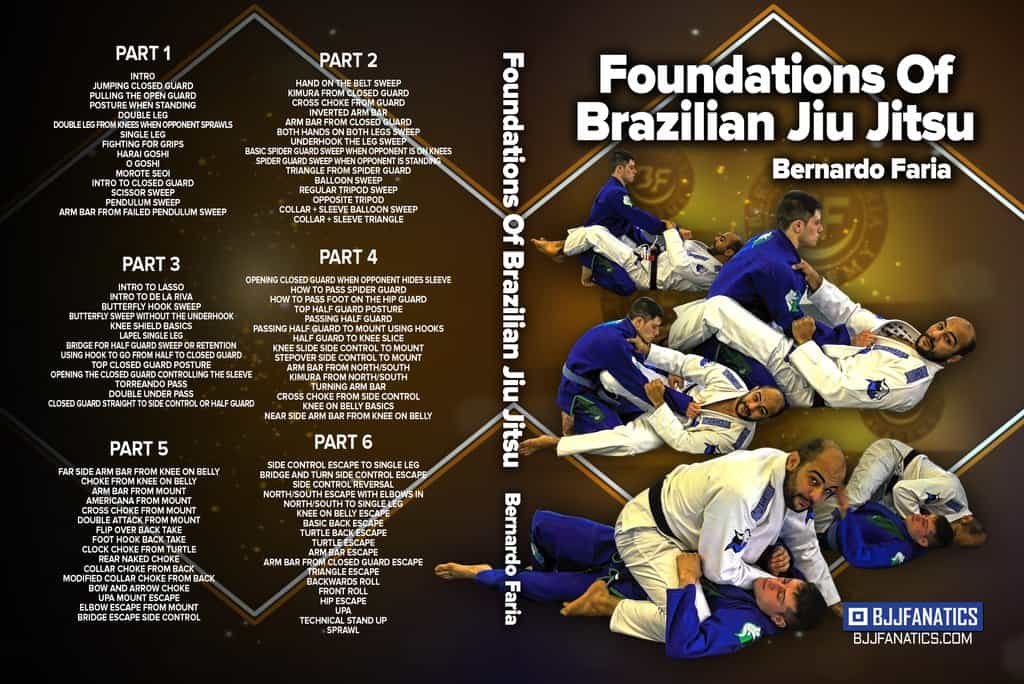 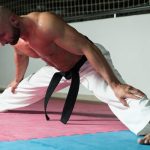 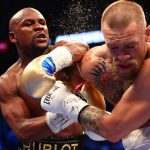 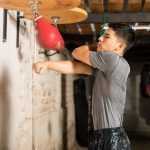 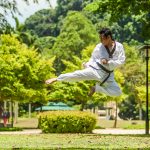 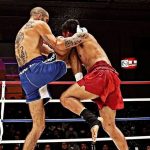 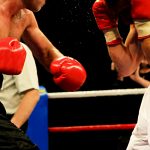 17 thoughts on “How to Become a MMA Fighter”