One of the most popular figures in all of MMA is longtime referee Herb Dean. If you’ve ever watched an MMA event, you definitely know who he is. Herb Dean officiates at nearly every major MMA event from UFC to Bellator.

Herb has been taken a beating in the most recent MMA news cycle after a late stoppage at UFC Fight Night 174 (followed by an altercation with Dan Hardy). That said, this is just one moment in the career of a man who is undoubtedly in contention for the title of Greatest MMA Ref of All Time.

With all the recent drama, I figured now would be as good a time as any time give you guys a little background article on Dean. We’ll cover everything there is to know about one of the best refs in MMA, from his martial arts background to his salary and most notable moments as an MMA ref. Even his hot Russian wife since people constantly search for her on Google.

Herb Dean grew up in Pasadena, California and is a lifelong martial artist. He started training in martial arts at 9 year olds practicing various different disciplines throughout his teens.

When Herb was 23, he started training Kenpo under the late Frank Trejo, who was a 9th degree black belt. This was around the same time that the first Ultimate Fighting Championship was starting to be put together.

Dean’s training partner Zane Frazier was actually on the UFC 1 card. After seeing the effectiveness of grappling in the early UFC fights, Herb saw he needed to expand his repertoire.

In ‘96, he started training in Judo and Jiu Jitsu with Larry Landless, who is also a ref and ex fighter. With the addition of these disciplines, Herb had a complete MMA training regiment.

After training Judo and Jiu Jitsu for 5 years, Herb made his professional MMA debut. It was at Gladiator Challenge 6 in Colusa, California against Randy Halmot. He won his debut by front choke.

Herb would go on to have 5 fights in his MMA career, finishing 2-3 overall. His most notable loss was a TKO defeat at the hands of UFC veteran Joe Riggs.

Herb made his debut as a referee in April of 2004 on the UFC 47 card. On that show, he would officiate two fights on the main card.

A fun fact about Herb’s early days as an official is that he was still an active fighter at the time! But he was able to do both for a few reasons….

MMA at the time was still a relatively young sport, and certified officials were needed. His grappling coach Larry Landless was a referee with connections to get him certified.

Herb also already had connections to the UFC with his training partner competing in the first event. Everything just kind of aligned perfectly for Herb and since then has been reffing for 16 years.

There are many important moments in MMA that Herb was part of, so I’ll list a couple of my favorites. Here are two of the most memorable matches that Herb has officiated in his career.

In just his second ever UFC show, Herb quickly became part of MMA history. He officiated the heavyweight title bout between Frank Mir and Tim Sylvia.

If you have never seen this fight and have Fight Pass, you need to go watch it right now. In the fight, Mir gets a tight armbar on Sylvia and Herb runs in and stops the fight.

The crowd was booing not understanding what had happened, but the replay showed a different story. It showed that Frank had completely broken Tim’s arm in half with the submission.

Thankfully Herb was in the right place to see the break and quickly jumped in. He quite possibly saved Sylvia’s fighting career and arm jumping in to save him.

Herb had the privilege of working the most-watched fight in MMA history: Khabib vs Conor. The air was thick with tension after all of the trash talk McGregor said to Khabib leading up to the fight.

The melee after the fight was unfortunate, but the fight solidified Khabib as an all time UFC great. And Herb was lucky enough to have a front row seat to one of the most incredible MMA fights in martial arts history.

Most Controversial Moments in Herb’s career

While Herb is a good ref he has definitely had a few, lets say “questionable” calls. Here are the two most controversial in his career.

In this fight Askren got Lawler in a bulldog choke. When Herb asked if Robbie was okay, he gave him the thumbs up, but Herb thought Robbie went limp.

Herb stopped the fight and Lawler immediately came up irate. Dean immediately knew he messed up. A bad call, but an understandable one as Herb explains in this video.

Herb was unfortunately getting negative attention again for a bad job in this fight. Trinaldo dropped Herbert with a right hand and was clearly out.

For about 3 seconds, Trinaldo stood there awkwardly waiting for Herb to stop the fight. He didn’t, so Trinaldo had to hit Herbert a few more times before Herb stopped the fight.

Commentator and former UFC fighter Dan Hardy even got up and started a confrontation over Dean not stopping the fight sooner. It looked really bad, and was an uncharacteristically poor job by a good referee.

How Much Does Herb Dean Get Paid Per Fight?

One of the most commonly asked questions about Herb is how much he gets paid as a referee. He gets paid around $1500 per fight, for main card bouts in the UFC.

Herb is an incredibly hard worker, and can be seen on almost every major UFC card. By my calculations, Herb makes around $380,000 each year from officiating UFC fights.

On top of his reffing for the UFC, he also works as a judge for some other MMA promotions. Unfortunately I wasn’t able to find any figures showing how well those judging gigs pay.

Overall, it’s safe to safe Herb Dean’s net worth is doing just fine. He’s getting paid to do what he loves on the biggest stage in the world.

When Herb isn’t working fights, he runs a gym called Fight Academy Pasadena (aka Herb Dean MMA). He also runs certification courses that you can take to become a certified MMA ref or judge.

Herb is a family man. He loves to spend time playing with his kids and hanging with his beautiful Russian wife.

Like any referee, sure occasionally Herb Dean has made some bad calls, but overall he is a phenomenal ref and a credit to MMA. Not to mention, he’s a very good person that loves martial arts. You can check out what Herb is up to on his Instagram and Twitter pages. 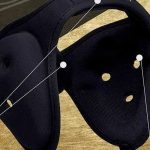