Gordon Ryan, the self-named ‘King,’ is an American Grappler and Brazillian Jiu-Jitsu black belt. His previous competitions have primarily been no-gi submission matches, but he recently announced a shocking switch to gi Jiu-Jitsu along with his retirement from the no-gi competition. There is also talk of interest in MMA, but his plans are unclear in that regard.

As a double gold medalist at 2019’s ADCC Submission Wrestling World Championships, he has made waves in the wrestling community from a young age. Gordon’s younger brother, Nicky Ryan, follows in his Jiu-Jitsu footsteps, and his girlfriend, Nathalia Santoro, is also a competitor in Brazilian Jiu-Jitsu.

Gordon Ryan is no stranger to controversy. In the past and even recently, his behavior on social media draws scrutiny. From questionable comments to spats with other grapplers, he does not hesitate to speak his mind.

His recent move from the East Coast to Puerto Rico opens many doors for him, and fans are eager to see what he has in store.

Here is a brief overview of Gordon Ryan’s basic information and career accomplishments:

If you’re looking for a highlight reel of Gordon Ryan’s best subs, this is my favorite:

Gordon Ryan’s first introduction to Brazillian Jiu-Jitsu was MMA fighter Miguel Benitez when he was only 15 years old. From there, he quickly advanced and started making a name for himself. His other trainers include Garry Tonon, John Danaher, and Tom deBlass – all of them prominent names in the industry throughout his career.

As a four stripe white belt, he met Garry Tonon, a new brown belt and rising talent in the sport. They became good friends, and when Garry began to coach at Brunswick BJJ, Ryan joined his classes to further develop his technical abilities with his friend and mentor’s guidance.

When Gordon became a purple belt, he regularly made trips to New York to train with John Danaher, one of Tonon’s mentors. He is now known as the ‘spearhead’ of the aptly named ‘Danaher Death Squad.’ Other members include Tonon and Gordon’s brother, Nicky.

After receiving his brown belt, Gordon Ryan had an incredible 6-month run in 2016, winning back to back tournaments. These tournaments were his first foray into competing, and he did remarkably well. As a result, Garry Tonon awarded him his black belt the same year.

Gordon Ryan is a three-time world champion at ADCC, an IBJJF world champion in no-gi, and has won four championships at Eddie Bravo Invitationals. Out of his 153 matches, he has won 142 of them. With eight losses and three draws, this record is impressive for someone of his age.

In 2018, an injury put him out of commission for a few months. In the same year, he decided to retire from no-gi Jiu-Jitsu and focus on gi Jiu-Jitsu instead. This move understandably shocked the grappling world, but many are eager to see how and what he will do.

When he is not competing, he often travels around the world with John Danaher to do seminars and teach the methods he learned from Danaher. They also demonstrate techniques that they developed together.

Gordon Ryan has many training videos under his belt due to his partnership with BJJ Fanatics. His teachings and deep-dives into particular techniques provide the world with the foundations for success in BJJ. Gordon Ryan’s teaching work is comparable to John Danaher’s in terms of diligence and comprehensiveness.

Aside from BJJ Fanatics, his sponsorships haven’t seemed to go all that well for the companies that signed him. At one point he was the star athlete of Hypnotik, a brand that actually made some very cool BJJ and MMA gear. They went bankrupt though (from their Instagram it looks like they are being brought back by new owners, in a pretty sketchy way still using old Gordon Ryan photos).

After leaving Hypnotik, Ryan signed with Future Kimonos. This company made a huge splash when they launched, dropping a ton of money on a baller fighter house for ADCC. As of today though, you don’t see much of Gordon on their website or Instagram.

Talk of stepping into the MMA stage to follow in Tonon’s footsteps has fans wondering about his next move. However, lately, it seems as if he is applying more focus to teaching and helping others learn the sport’s best practices.

Gordon Ryan recently moved to Puerto Rico and plans to open a gym and affiliate program and to hold numerous training camps. This move came about because he was dissatisfied with life on the East Coast. Plans for his gym in PR lean towards being February or March 2021 to open.

Besides the sale of his $1.2 million home, he is relatively private about his personal life. However, his relationship with Brazilian bodybuilder and BJJ competitor Nathalia Santoro is well-known. His younger brother Nicky is also starting to make a name for himself in the Brazillian Jiu-Jitsu community.

The speculation around his net worth suggests that it is anywhere from $1 million to $2 million. He has no qualms about sharing this information, previously having posted a picture of the amount of money in his bank account. This might sound impressive, but compared to the richest fighters in MMA there isn’t a ton of money to be made in BJJ.

18-year-old Nicky Ryan, inspired by his brother’s success, started his own Jiu-Jitsu training at just eight years old. He began making waves at 15, winning adult tournaments and competing against big names before turning 18. He was the youngest athlete to ever compete at ADCC and is only just getting started.

Nicky Ryan is a budding all star in his own right, check out some of his highlights here:

While she is most well-known for her large Instagram following, Nathalia Santoro is also a successful Brazillian Jiu-Jitsu practitioner and bodybuilder. Also, as a fitness model, she posts photos on her Instagram that tend to test their policies’ limits.

Her account has gone through numerous suspensions due to her content, but she always manages a comeback. Some of the time, she even posts risque pictures of Ryan and herself, but most are of her.

Nathalia often plays Uke in Gordon’s seminars and DVDs, letting him use techniques on her for his demonstrations. The two also have a running joke that they are siblings in a physical relationship and sometimes make Instagram posts playing off the idea.

As mentioned earlier, Gordon Ryan has his fair share of controversy throughout his career. Most of this contention is because of specific comments as posts on social media. Even as recently as November 2020, he continues to push buttons and cause a stir.

In 2019, Gordon Ryan let the world know that he has little regard for the homeless. In response to a story about homeless people dying from freezing temperatures in Chicago, he blamed their deaths on not having jobs. He went so far as to say that luck is not a factor in how people end up in such unfortunate situations.

His xenophobic attitude, especially regarding the Covid-19 crisis, drew ire from many when he shared an insensitive ‘parody’ video featuring scenes with Chinese actors and aliens. In defense, he claims he is Asian American and gets a ‘free pass.’ He said this even though his earlier comments deny any racist implications in the video.

His replies to fan criticism about this ordeal are in perfect line with the tendency to attack those who disagree with him. Other comments to fans are equally unbecoming for such an influential public figure and a fantastic athlete.

Gordon Ryan used Instagram in October 2020 to share an exchange between him and a fellow Brazillian Jiu-Jitsu competitor. Felipe Pena is responsible for the first and only time Ryan ever tapped out in a black belt match. Pena defeated the champion again a year later at the final match of ADCC Absolute, denying Ryan his first ADCC double gold.

The conversation between the two is anything but civil. With the bad blood between the two athletes, neither held back. Ryan’s penchant for his competitor’s pushing buttons came out in full force.

A little more than a month later, Gordon Ryan lashed out against another fellow BJJ competitor. Lachlan Giles made an Instagram post concerning the use of PEDs, which caused Ryan to accuse him of using them himself. The two then had a back and forth and shared some harsh words. 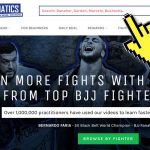 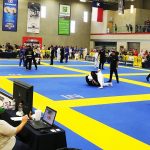 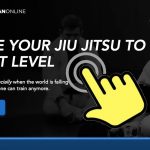 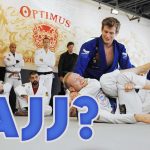 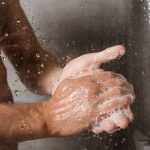 The Best Soaps for BJJ and MMA Training