The team behind BJJ Fanatics (one of the best Online Jiu Jitsu websites) has been hard at work on a new striking and MMA based instructional website, full of boxing and Muay Thai training videos.

It’s here, and it is impressive: they’re calling it Dynamic Striking and it’s loaded with videos from some of the biggest names in MMA.

I’m going to do a full review of the newest striking instructional site for you guys. I’ll also answer the question if you can really learn techniques online and list the best videos on the site.

What is Dynamic Striking?

Dynamic Striking is a website that will help you learn technique from the best striking coaches in the world. Many of the top boxing, kickboxing, Muay Thai, and MMA coaches as well as fighters work with Dynamic Striking to put together instructional video courses.

Here are just some of the huge names in combat sports you can learn from at Dynamic Striking:

Whether you want to learn boxing, Muay Thai, MMA, or self defense – they have technique courses that will help you hone your game.

There is a who’s who of the best strikers and teachers in the world sharing their knowledge on this site. Some of the instructors I was most impressed to see include:

These are just a few of the known names that have instructional videos on the website, and they are constantly adding more. I’ve explored the entire boxing and Muay Thai video library Dynamic Striking has to offer, and these are my favorites…

Rafael Cordeiro is one of the most decorated striking coaches in all of martial arts. The head instructor of King’s MMA has coached numerous MMA world champions.

Everyone from Lyoto Machida, Vitor Belfort, the Noguiera brothers have trained with him. But Cordeiro is most known for being the man behind Anderson Silva’s historic run in the UFC middleweight division. Cordeiro is a highly respected Muay Thai coach that is the perfect person to learn Muay Thai fundamentals from.

Henri Hooft is a decorated kickboxing champion that is touted as a phenomenal striking coach in MMA. He first got recognition as being the striking coach for the Blackzillians training the likes of Rashad Evans, Allistair Overeem, and Eddie Alvarez. Hooft is also the former coach of the current welterweight champion Kamaru Usman.

His style of kickboxing is a mix of Dutch kickboxing and Muay Thai kickboxing. Hooft’s instructional video gives you the chance to learn the best parts of both styles of kickboxing. Learning from a decorated fighter and coach is a great opportunity you shouldn’t pass up.

Combinations and Clinch Work by Saenchai

If you know who Saenchai is, then you know that he is one of the baddest men on the planet. A veteran of over 346 Muay Thai fights and at 39 is still considered by many the world’s top Thai fighter.

Saenchai has an unorthodox style of Muay Thai, where he goes for precision over raw power in traditional Muay Thai. If you want to learn his style of Muay Thai, then this instructional video is for you. With Combinations and Clinch Work, you learn to fight with precision the same way Saenchai fights.

Ernesto Hoost is a legendary kickboxer. In the heyday of K1 Kickboxing, he was a world champion fighting that was revered for being one the best fighters in the promotion. Since retiring, Hoost has established himself as a fantastic kickboxing coach teaching his famous Dutch kickboxing style.

In his instructional video, The Dutch Kickboxing Blueprint, you can learn to fight just like a Dutch kickboxer. He breaks it down into 3 parts starting with basics, counter moves, and drills you can do with partners. Dutch kickboxing is a fantastic style of kickboxing to learn and there’s nobody better to learn from than Ernesto Hoost.

Working the Cage and the Walls by Benson Henderson

The former UFC lightweight champion has done it all in MMA. Henderson is known for having a fantastic and exciting style being good at all facets of the sport.

This instructional video he did is vastly different than normal videos that show striking techniques. In this video, he shows how to work off the cage to get takedowns and get in dominant positions.

This is a very important aspect of MMA fighting that not many hobbyists that train understand. With this video, you’ll have a better understanding of cage work and appreciate this aspect of MMA better.

The Fundamentals of Boxing by Teddy Atlas

Now if you are interested in improving your boxing, there is nobody better to learn from than Teddy Atlas. For over 40 years, Teddy has proven time and time again to be one of the greatest minds in boxing. He has had countless world champions that have trained under him including Timothy Bradley and most notable a young Mike Tyson.

If you have ever heard Teddy speak, then you know how brilliant he is when it comes to boxing. With this instructional video, you have the opportunity to learn boxing fundamentals from one of the best boxing coaches ever.

In MMA, there is almost nobody that has had such an illustrious career like Anderson Silva. He defended his middleweight title a staggering 16 times over a 7 year period. Silva took out his opponent’s with cerebral striking that left us in awe every time we saw him fight.

With his instructional videos, you have a chance to learn from one of the best MMA fighters ever. The video is in 4 parts going over various striking and clinch techniques. Anderson also goes over his famous knockouts of Rich Franklin and Forrest Griffin.

Definitely a must watch if you want to learn how to strike like Anderson.

While sites like Dynamic Striking and BJJ Fanatics are excellent supplements to your training, no you can’t exclusively learn martial arts online. Anyone who tells you differently is selling you snake oil.

You can become an encyclopedia on technique, but it’s a completely different skill to actually be able to perform the moves in a real life setting.

What you should really be using a site like Dynamic Striking as, is a tool to supplement your training. Take the techniques and tips from the videos and drill them on the mat with teammates along with class techniques. This is the best way to get the most out of these instructional videos from Dynamic Striking.

My Thoughts on Dynamic Striking

The team behind BJJ Fanatics is well versed at putting together great martial arts instructional websites, and they’ve done an excellent job with Dynamic Striking. If you are serious about improving your boxing and Muay Thai, you should absolutely check them out. 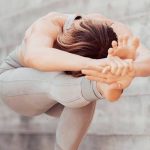 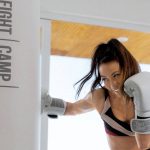 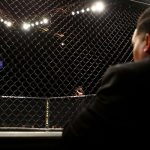 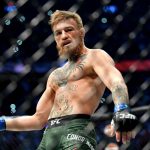 How to Become a MMA Fighter 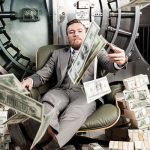 How Much Money do MMA Fighters Make?