This new style of competition has the potential to be the next big thing in combat sports. People have heard about it, but not many are really clear about exactly what it is.

So, I’m going to give you a quick rundown of Combat Jiu Jitsu. We’ll cover everything from the rules, who came up with CJJ, major events, and notable competitors.

Who Came Up with CJJ?

Eddie feels that “sport Jiu Jitsu” has been straying away from the true purpose of the martial art. Honestly, I agree with him. These days, Jiu Jitsu matches at the highest level are full of stalling and techniques that would get you mauled in an actual street fight. Bravo has an old school mentality about Jiu Jitsu, and feels it should be about self defense.

In modern sport Jiu Jitsu, there are many techniques that only work in the confines of competition. You would never see someone pull guard or sit in 50/50 for 5 minutes in an actual fight.

This is why Eddie came up with Combat Jiu Jitsu. He wanted to design a competition that is a hybrid between Jiu Jitsu and MMA, which would actually reflect the reasons why Jiu Jitsu was created in the first place (self defense).

There are a few similarities between Combat Jiu Jitsu and MMA, but they are completely different competitions with unique rules and formats.

The biggest difference between the CJJ and MMA is the striking rules. MMA allows punches, kicks, elbows, and knees from standing plus punches and elbows on the ground. In CJJ, the only strikes allowed are open-handed strikes when on the ground.

Combat Jiu Jitsu is similar to a sub only No Gi BJJ match, but with one huge difference: strikes. There are absolutely no strikes allowed in a Jiu Jitsu competition, and this is what sets CJJ apart.

The Rules of Combat Jiu Jitsu

Here is a complete list of the rules of Combat Jiu Jitsu.

Overall, CJJ uses an exciting ruleset that is meant to drive the action and discourage boring strategies (much like Eddie Bravo’s EBI format).

The initial test run for Combat Jiu Jitsu event took place at EBI 11 in 2017. On the undercard, there was a 4 man tournament to determine the first CJJ 135lb Champion. Cmpetitors included Nick Honstein, Chad George, Sheridan Moran, and JM Holland.

These matches were some of the most exciting moments from the event! The crowd was super pumped, and cheered on all of the CJJ matches with competitors exchanging strikes and sub attempts.

Public reception of Combat Jiu Jitsu has been mixed. A lot of the feelings are positive, but there have been quite a few jokes made at CJJ’s expense.

Some have jokingly called CJJ slap Jiu Jitsu and laughed at some of the competitors flailing attempts to strike. You have to remember that most of the athletes competing in Combat Jiu Jitsu have a background in BJJ and not MMA. Their striking isn’t always particularly impressive, but you sure wouldn’t want one of them to take your back!

A particular match that has taken a ton of flak occurred between two female competitors. One of the competitors began slapping the other on the butt for a solid minute to defend a foot-lock. Many a meme was made of this fight and the “booty slap footlock defense.”

Even though many jokes have been made about it, CJJ is still going strong. Eddie Bravo has gone all-in with Combat Jiu Jitsu. Since its debut, Eddie has promoted multiple CJJ events including a flagship competition he calls Combat Jiu Jitsu Worlds.

Combat Jiu Jitsu has had many combat sports athletes transferring over to this style of competition. Everyone from Jiu Jitsu competitors to current and former MMA athletes have participated in Combat Jiu Jitsu events.

Some notable CJJ athletes include:

But probably the biggest standout in Combat Jiu Jitsu has been Vagner Rocha. Vagner is a former UFC fighter with a 14-4 record. He now exclusively does Jiu Jitsu competitions, including CJJ.

Rocha is the current Combat Jiu Jitsu lightweight champion and has looked near unstoppable in CJJ. His BJJ game is a hard-nosed old school style that meshes well with the format of CJJ.

Rocha has dominated almost every match he has had under CJJ rules, with all of his wins by submission or TKO. Vagner is going to be a hard competitor to beat in CJJ for quite some time.

Where to Watch Combat Jiu Jitsu?

If you’re interested in watching a CJJ event, you can see all of the past events on UFC Fight Pass. Or if you don’t have Fight Pass, Eddie Bravo put the first CJJ Worlds event on Youtube for free. Check it out below and see what Combat Jiu Jitsu is all about. 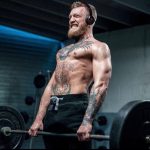 The Best Finger Tapes for BJJ