Thanks to stunt doubles and the power of special effects, every leading actor looks like they’ve got dynamite in their hands in a fight scene.

While there are plenty of celebs who’ve choreographed a striking combo or locked up a choke-hold on set, hitting the mats day-in and day-out is a different story.

So who can really hold their own when the cameras are off? Here are some celebrities with real martial arts skills and dedication…

Guy Ritchie is well-versed in many martial arts, in fact, he started training Karate when he was just 7!  But his stand out achievement is the black belt in BJJ that he was awarded by Renzo Gracie back in 2015. Plus, RDJ and Guy Ritchie were both together on the set of Sherlock Holmes – iron sharpens iron!

He’s also been spotted cage-side at several UFC PPV events over the years and even offered Conor McGregor a role in King Arthur.

Who: Singer and Actress

Demi Lovato’s been around martial arts for a long time, and as well as attending UFC events, she’s been seen hitting pads with some of the sport’s best, including former UFC fighter Cung Lee. Not to mention, her ex-boyfriend is Bellator fighter, Guilherme Vasconcelos.

She even knocked out the tooth of sports analyst Jay Glazer during a training session! According to Glazer, he was even wearing a mouthpiece at the time, so it looks like Demi can throw down! You can check out the aftermath for yourself:

Apparently, her favorite martial art is BJJ and she’s obsessed with her training – to the point that she’s even taken her instructor, Orlando Sanchez, out on tour with her.

Rourke is an acting vet, appearing in his first film back in 1979. But for all his screen time, he’s got a lot of in-ring experience, too.

Rourke boxed seriously for a long time, with an amateur boxing record of 27 wins and 3 losses. He even turned pro and went undefeated in 8 bouts, with 6 wins and two draws.

Legendary boxing coach Freddie Roach also trained Rourke for some time, although apparently, they’ve had a slightly turbulent relationship, stemming from Rourke not turning up to practice.

The facial transformation of Mickey Rourke is no secret, but his surgery was actually something that started as a result of boxing. As early as the 90s boxing had taken a toll on his face and he needed reconstructive surgery to fix the damage.

Another Brit, Tom Hardy, has quite the reputation for the extreme lengths he’ll go to when preparing for his film roles – and his appearance as an MMA fighter was no different.

Back in 2011 Hardy starred in the film Warrior where he played a vicious MMA competitor who had to fight his estranged brother in ‘Sparta’, a $5,000,000 MMA tournament. By any standards Hardy’s training for the role was intense, in an interview with The Guardian, Hardy said…

But Hardy didn’t stop training when film production was over. In fact, in the lead-up to filming his star role in Venom, he was training up to 5x a week with pro MMA fighter Nathan ‘Mr. Bag and Tag’ Jones.

Who: Rapper, Singer and Actor

Wiz’s most famous song, ‘Black And Yellow’, currently sits at over 300 million YouTube views. So between his music-making and public passion for marijuana (he spends $10,000 a month on it), you’ll be surprised to learn he also has the time for some serious martial arts training.

Wiz says he first started with BJJ and trained consistently for a few months. But he really caught the bug when he began Muay Thai, and he’s now training up to 3 hours a day. That includes pad work sessions with Muay Thai legend Saenchai.

Speaking to Joe Rogan, Wiz says he gained over 40lbs since he started training. Judging from his training pics that number doesn’t look to include much fat!

Hey, is it really that surprising that Iron Man can throw hands?

Perhaps not. But actually, RDJ started honing his martial arts skills a few years before the first film in the Iron Man franchise hit our screens. He’s been training with a Wing Chun wooden stick dummy since 2005 and has publicly credited his training with helping him control his personal demons.

As grounded as RDJ might seem these days, he’s got a storied past including multiple arrests, a stint in prison, and some pretty serious battles with substance abuse and addiction. According to him, much of the discipline he’s developed is a result of his Wing Chun practice, and he has a deep, long-standing love for the art form.

RDJ incorporated some of his Wing Chun skills into both his roles in Sherlock Holmes and the Iron Man films. In fact, during the filming of Sherlock Holmes, he spent significant time training with famous Wing Chun Practitioner Eric Oram, sometimes as often as 6 times per week.

British actor Henry Cavill is most famous for his role as Superman in films from the DC Extended Universe franchise. And while the Man of Steel may not be known for his grappling chops, Henry Cavill seems to have added a new wrinkle to Superman’s game.

Cavill frequently trains Brazilian Jiu-Jitsu and can often be seen rolling with legends of the game like Roger and Renzo Gracie.

He’s also got some boxing experience, but BJJ is his true passion. To quote Cavill himself:

‘Jiu-Jitsu has a way of kicking your arse and making you love it for the lessons you learned! Kinda like mother nature…or a big brother whom you annoyed one too many times. So good to be back on the mats.’

O’Neill is most famous for his roles in two wildly popular sitcom shows, Married… with Children and Modern Family.

But while he might not look much like your typical martial artist, he’s a monster on the mats. Especially for a man in his seventies!

Ed O’Neill is a BJJ black belt. And not just under anybody – O’Neill received his black belt under Rorion Gracie, all the way back in 2007.

If you didn’t know, Rorion is a prominent member of the Gracie family and one of only a few people on the planet to hold a 9th-degree red belt in Brazilian Jiu-Jitsu. He’s also widely recognized as being one of the men responsible for introducing Brazilian Jiu-jitsu to the United States.

Who: Actor (The King of Queens, Kevin Can Wait)

Like Tom Hardy, Kevin James also got the chance to develop his martial arts game during his day job as an actor. In preparation for his role in Here Comes The Boom, where he played an MMA fighter – James trained at the world-famous, Kings MMA gym.

Kings MMA is headed up by Rafael Cordeiro and trains some of the world’s best MMA fighters. Right now, perennial UFC middleweight contender Kelvin Gastulem trains at Kings, as does Marvin Vettori and Beneil Dariush. So James was in good hands!

Even before Here Comes The Boom, James was a diehard MMA fan and had been training occasionally. And while the film came out back in 2012, James still trains to this day – primarily in Muay Thai.

Who: Actress (Vikings, The Art of the Steal, Polar)

Winnick started training Taekwondo at just 7 years old and got her first black belt at only 13 years of age. She later turned her skills into a business and had started three Taekwondo schools by the age of 21.

I guess it should come as no surprise to learn that she does all her own stunts.

Who: Podcaster, Stand Up Comedian, Commentator

Ok, so maybe this one’s cheating a little.

But Rogan is a celebrity in his own right, well beyond the world of MMA. Over the years I’ve spoken with many fans who just don’t know how deep his skillset is.

Joe trained in Taekwondo religiously from a young age and has said on his podcast that for many years it was basically his whole life.  He competed on the US national circuit, as well as becoming a multiple-time state champion.

As he grew older he realised that Taekwondo alone wasn’t enough for a complete, well-rounded game, and he started training in grappling. He’s now a Black Belt under Jiu-jitsu savant Eddie Bravo and his 10th Planet BJJ system.

There’s also footage online of Rogan teaching Georges St. Pierre technique for the turning sidekick. GSP is arguably the GOAT of MMA – helping to improve the technique of somebody of his caliber speaks volumes about Rogan’s skills.

So there we have it, the most dangerous celebrities on the planet! Who would you want by your side if a brawl broke out? 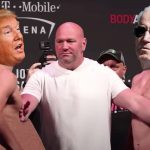