If you’re training Jiu Jitsu, you’ve almost certainly seen people around your academy walking around with a nasty case of cauliflower ear. Wearing ear guard headgear is the number one thing you can do to prevent cauliflower ear before it starts. 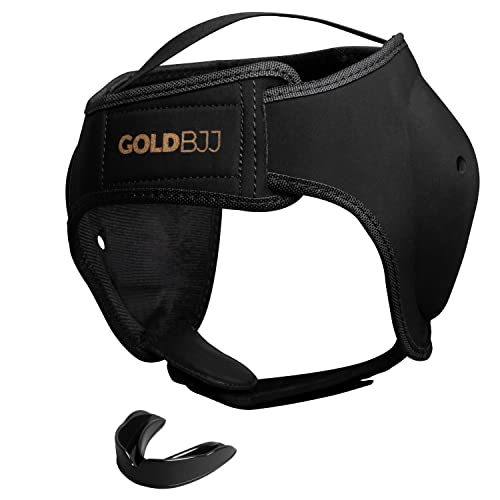 What is Cauliflower Ear?

Contrary to popular belief, cauliflower ear is not a fungus or skin infection. It’s a condition that occurs to due blunt trauma – particularly, the grinding and smashing that frequently takes place in wrestling and Jiu Jitsu (occasionally boxers get it too).

If you catch cauliflower ear before it hardens, you can drain the fluid from your ear and almost always prevent serious long term deformity. The problem is most BJJ students don’t know they have a budding case of cauliflower ear until it’s too late. Once the cauliflower ear is hardened, you’re out of luck unless you want to get a seriously painful operation that involves plastic surgery to remove the hardened cartilage.

One of the most infamous cases of cauliflower ear happened in 2014 at UFC 180. Leslie Smith was fighting Jessica Eye in a prelim fight, with a hugely swollen ear that honestly she probably shouldn’t have been fighting with. Jessica caught her with an overhand right that exploded her ear. Veteran referee Herb Dean smartly called the fight.

You can see the footage here, but I’ll warn you that it’s not for the faint of heart:

To prevent cauliflower ear before it becomes an issue, the best solution is to wear ear guard headgear designed for grappling. When I started training BJJ, you would have been looked at a little funny if you walked on to the mats with headgear.

Jiu Jitsu has exploded in popularity though, and as it’s become more mainstream naturally there are more participants who just don’t want the grizzled cauliflower ear look. Wearing ear protection while training these days is pretty commonplace, and shouldn’t cause any issues for you.

Jiu Jitsu headgear is designed to shield you against cauliflower ear, but to be effective it needs to strike a delicate balance between providing protection and still being something that is realistic to grapple in. In my eyes, there are 3 main features to consider when you’re deciding on an ear guard:

The hard shell type is more common for wrestling, and to be honest I wouldn’t recommend it for BJJ or MMA style grappling. Your training partners are going to hate rolling with you if you wear bulky, hard plastic headgear.

If you wear an ear guard while you train BJJ it’s going to get tugged at, ground into the mats, and smashed into your face. Make sure the headgear you pick will stand up the abuse.

A constant complaint you’ll see about Jiu Jitsu ear guards is that the chin strap breaks. This is the weakest point of the construction in headgear, and it’s wear the maximum force is applied since it’s such a small area.

Ability to Hear Your Instructor

There are a few ear guards on the market that cover your entire face and basically look like motorcycle helmets. Don’t be that guy (or girl). I get it, you want your ears to stay pristine – but at the end of the day, a big part of Jiu Jitsu is learning from your coach and training partners.

If you can’t hear them and are constantly taking your headgear off to say “WHAT?” you aren’t going to stick with it. I’ve seen plenty of people at my academy that bought headgear, wore it for a few roles, and never put it back on. If you choose an ear guard that you can hear through, you’re more likely to make wearing it part of your routine.

Based on the criteria I laid out above, these are my picks for the best BJJ ear guards.

One of the best selling and most established ear guards, designed for Jiu Jitsu. Features a soft shell design, with stiff cups in the ear area to protect your ears.

Gold BJJ’s ear guard is the most popular option among Jiu Jitsu athletes, and for good reason. This brand is based in San Diego (the unofficial American headquarters of BJJ) and I’ve seen competitors from Atos and other top schools wearing this headgear on their Instagram feeds.

This ear guard also comes with a free mouthguard, a nice bonus. Gold BJJ backs it by a lifetime guarantee, and they will replace it if the double reinforced chinstrap fails. 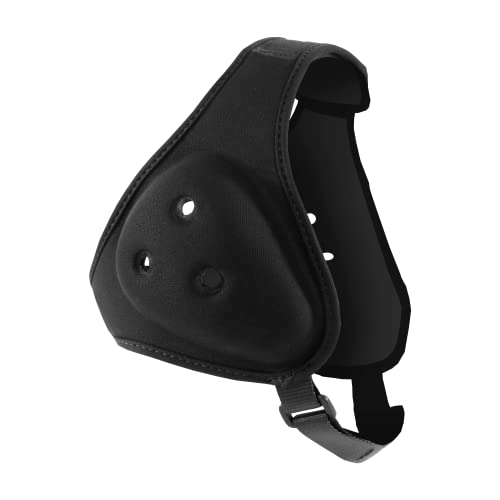 Made in the USA by one of the most well established wrestling brands, this ear guard is easy to adjust and is very stable while you're rolling.

One cool aspect of Matman’s headgear is that it comes in 4 colors (black, gold, red, royal blue). I haven’t seen many other brands make their headgear in multiple colors. Matman also incorporates holes into the ear cups of their headgear, so you can hear your coach and training partners. 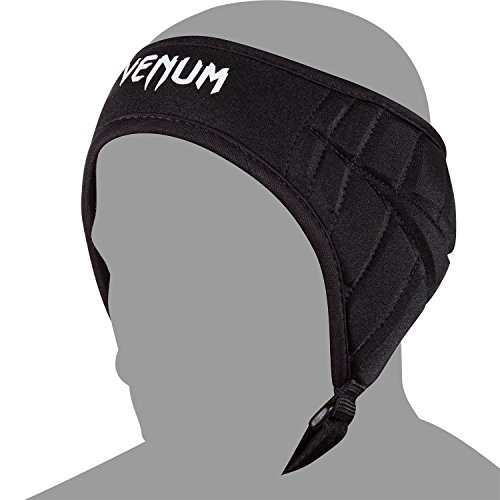 A uniquely designed soft shell ear guard that has an impressively low profile. You'll hardly notice this headgear while rolling.

Venum’s headgear is one of the most stylish options on the market, and I’ve been seeing it around the mats more frequently these days.

The best part about this ear guard is that it has one of the most low profile designs on the market. It really doesn’t get in the way while you roll at all. That said, I wish they would add some ventilation around the ears so you could hear your coach with them on.

The options I’ve listed above are soft shell ear guards, which is my personal preference for Jiu Jitsu. That said, some people prefer hard shell wrestling style headgear so I’ve covered a few excellent choices in this category below.

Please keep in mind that while hard shell ear guards might provide a little more protection, many training partners will avoid rolling with you if you wear them. 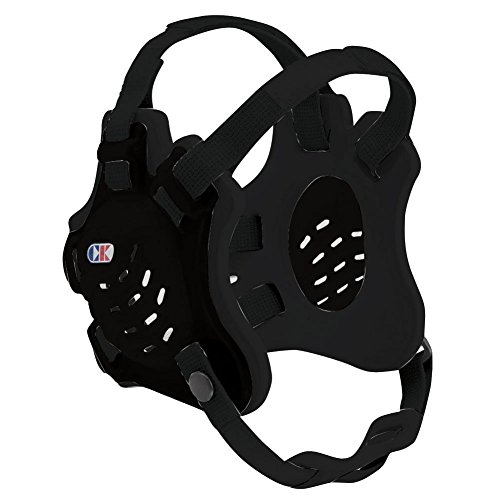 The gold standard if you're looking for maximum protection. Very popular headgear for wrestlers, and occasionally you'll see BJJ athletes wearing it.

Cliff Keen is one of the oldest wrestling brands, and their headgear is a staple in any wrestling locker room. Their F5 Tornado ear guard uses the traditional 3 step closure that is popular amount wrestlers.

If getting the absolute most protection possible is crucial, Cliff Keen’s wrestling headgear is your best bet (although personally I think it’s a little overkill for Jiu Jitsu training). 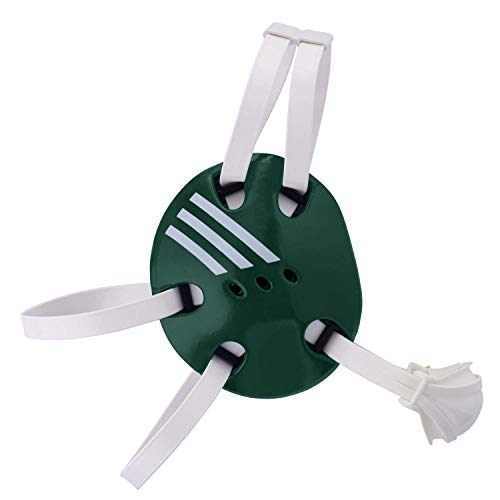 Adidas does make some wrestling and Jiu Jitsu gear (they actually sponsored Clark Gracie for a little while, and you occasionally see an Adidas gi at a tournament), and their headgear is a reasonable choice with a unique design.

The best part about Adidas’ ear guard is that it brings a relatively low profile design to the hard shell category. It’s not a bad option for BJJ training, if you’re dead set on hard headgear. 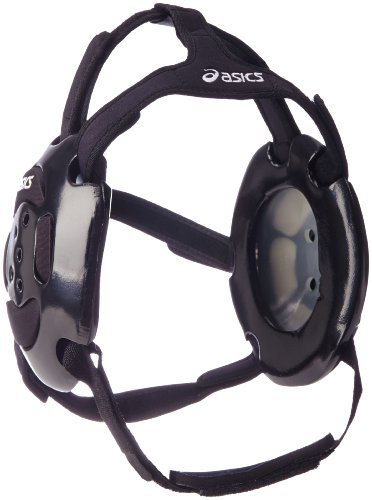 This is the only other earguard that I’ve seen available in a bunch of different color options. It’s not the most stylish headgear in my opinion, but ASICS does offer it in black, gold, navy, red, white, and a few other colors.

To wrap things up, make sure you pick an ear guard that suits your goals. The primary consideration will be hard shell vs soft shell – and again, if you’re using the headgear for BJJ training I would recommend going with a soft shell design that won’t annoy your training partners.

My Guru’s Choice for best BJJ Ear Guard is Gold BJJ’s Headgear because it is specifically designed for Jiu Jitsu. The soft shell design helps keep your ears in great shape, yet still allows you to hear instructions from your coach. 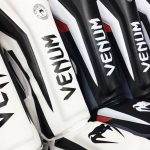 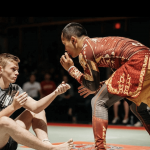 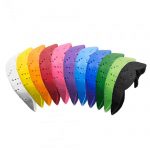